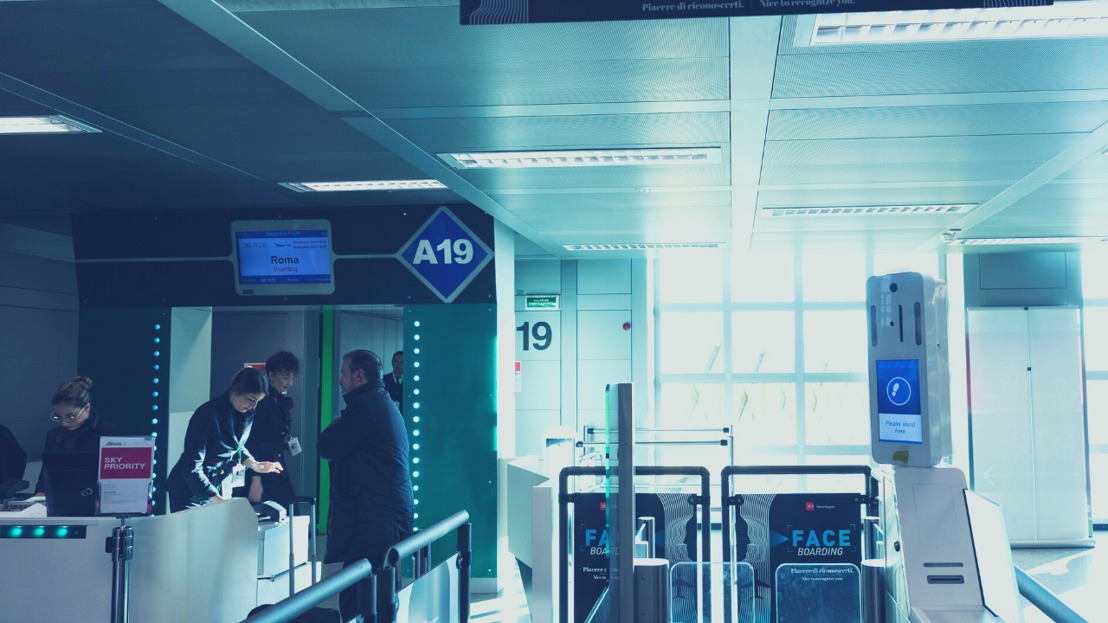 The Airport of Linate (Milan) has put in test a new automatic boarding system that has been implemented by dormakaba and everis Aerospace, Defense and Security (everis ADS). This system allows travelers to register independently, through a mobile application or kiosk at the airport, and subsequently access both the security checkpoint and the aircraft itself without having to present any ID or boarding pass.

The pilot project, active since January 30, has been promoted by the Italian airport operator SEA and it is available to VIP passengers of the Alitalia airline flying from Milan to Rome. The system includes three main steps along the entire process: first, the biometric registration on the system, then the access and confirmation of identity at the security checkpoint and, finally, boarding the plane.

The system is also linked to the airport operator's validation applications and includes the technological developments necessary to guarantee the levels of confidentiality required by the General Data Protection Regulations (GDPR) for biometric recognition systems.

The starting point for travel without boarding pass and documents is the passenger registration process. In this case, the user can do it through two options: using a mobile application (available for iOS and Android) or, alternatively, using a kiosk installed at the departure terminal (and soon also at Alitalia's VIP lounge) where the user can associate his biometric profile to his boarding pass.

Once the biometric registration has been carried out, either from the App on the phone or from the kiosks, the passenger will be able to access the security controls of the terminal without having to show any identity document or boarding pass.

Finally, when it is time to board the plane, the passenger will be able to do so through the automatic gates set up with a system that verifies the biometric identity of the traveler, without having to show any documents or boarding pass: the final step of a completely paper-less journey.

In the project dormakaba has acted as coordinator between the parties involved in this technology pilot. The company has provided the gates installed at the security passage, as well as the boarding gates. Both types of gates have integrated the facial recognition technology of everis ADS for the identification of travelers. everis ADS has also provided the mobile application, the central management engine, the Facepods for confirmation of identity at the security checkpoint and the kiosks.