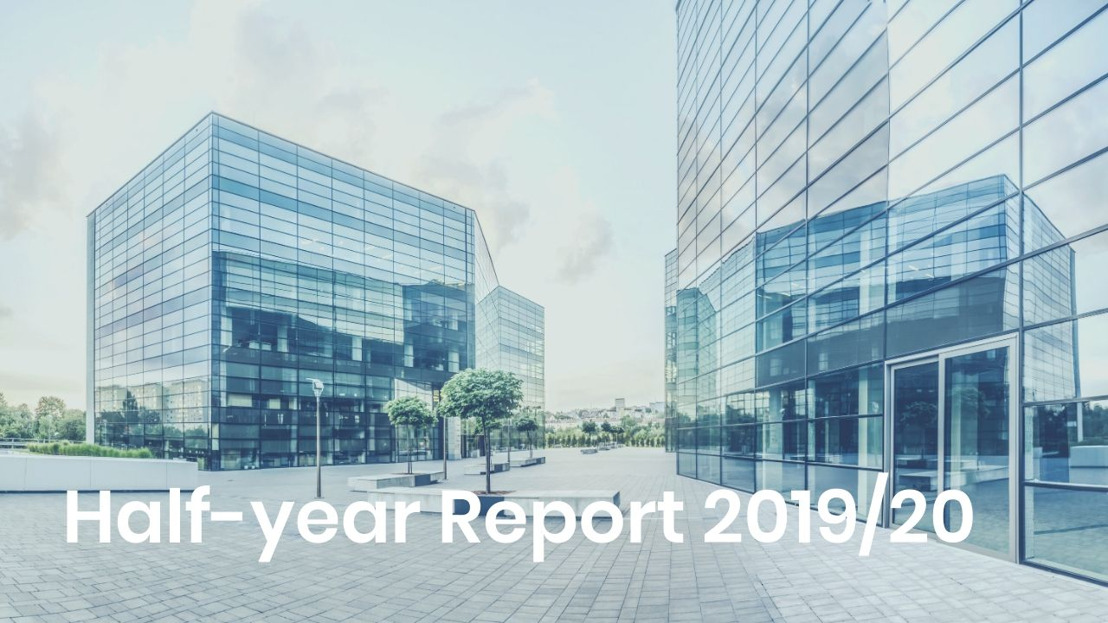 Rümlang, 4 March 2020 – The macroeconomic and geopolitical environment continued to become more challenging during the first half of the 2019/20 financial year. dormakaba closed the first half year as of31 December 2019 with consolidated net sales of CHF 1,385.7 million (previous year CHF 1,396.5 million;-0.8%). In addition to the demanding environment, the ongoing appreciation of the Swiss franc against major currencies negatively impacted results. Adjusted for the impact of currency translation (-2.1%) and acquisitions and divestments (0.5%), the organic sales growth rate is 0.8%, which is a slight improvement on the second half of financial year 2018/19 (0.4%).

dormakaba recorded an EBITDA of CHF 214.1 million (previous year CHF 223.0 million), with an EBITDA margin of 15.5% (previous year 16.0%). This puts the margin slightly below the level of the second half of the 2018/19 financial year (15.8%). The lower EBITDA is mainly attributable to the continuation of external and internal factors that negatively impacted the second half of the previous financial year. In addition, extraordinary non-recurring costs impacted the period under review. These effects overcompensated improvements in operational efficiencies, final merger-related cost synergies, a positive M&A effect, and slightly lower raw material costs.

Cash flow from operations amounted to CHF 192.1 million during the period under review, significantly up from the previous year (CHF 149.1 million). Cash flow from investing activities of CHF -191.8 million reflects the continued high level of investment of dormakaba for the further development of its portfolio. It includesCHF -141.4 million for acquisitions as well as investments of CHF -50.2 million (previous yearCHF -45.2 million) in property, plant, equipment and intangible assets, which represent 3.6% of sales (previous year 3.2%).

Changes in the Executive Committee

In the period under review, dormakaba announced that Steve Bewick (53) will take over as Chief Operating Officer for the segment AS EMEA as of 1 January 2020.

Today, dormakaba is announcing that both Michael Kincaid (58), Chief Operating Officer AS AMER, and Jörg Lichtenberg (55), Chief Manufacturing Officer, will step down from their respective positions and as members of the Executive Committee as of 30 June 2020 at the latest. Michael Kincaid will continue to support dormakaba in a senior management role while Jörg Lichtenberg will take up a new professional challenge outside of dormakaba.

As successor of Michael Kincaid, the Board of Directors has appointed Alex Housten (39). He will be joining dormakaba as of 1 April 2020 and after an onboarding period will assume responsibility as COO AS AMER and joining the Executive Committee on 1 July 2020 at the latest.

Riet Cadonau, Chairman and CEO dormakaba: “On behalf of the Board of Directors and the Executive Committee, I would like to thank Michael Kincaid and Jörg Lichtenberg already today very much for their many years of dedication to our company. Both have contributed considerably to the positive development of our company in recent years and to the successful merger to dormakaba. I wish them all the best and continued success for their professional and private future. With Alex Housten we were able to attract a senior industrial executive with an outstanding track record at United Technologies UTC. We are looking forward to his contribution to drive profitable growth at dormakaba.”

With above changes dormakaba takes the next steps in corporate development and organizational setup, aiming to further improve its efficiency and effectiveness while at the same time renewing and further streamlining the Executive Committee. Since the merger, the number of Executive Committee members was reduced from eleven to eight.

Since the beginning of the financial year 2019/20, the macroeconomic and geopolitical environment has continued to become more challenging.

Covid-19 is expected to have a noticeable impact on the performance for full year 2019/20. While local demand in China is already affected, there is currently a lack of visibility on the impact on global supply chains as well as on economic growth.

In addition, dormakaba expects the macroeconomic slowdown, the political volatility and the trade conflicts to continue to affect its business in the second half of financial year 2019/20.

From today’s perspective the company therefore expects organic sales growth and EBITDA margin for full financial year 2019/20 to be no longer higher but somewhat lower than in the previous year.

Considering the challenging environment, the mid-term targets will be reviewed in the forthcoming months. dormakaba will continue to invest significantly in innovation and digital transformation, which the company considers as crucial for future competitiveness and for sustainable profitable growth.